The Miracle Cure for COVID-19 is it placebo?

If you don’t know dear reader, by the time this blog has published the Republic of Madagascar announced a miracle cure for the Covid-19 virus.
They call it COVID-ORGANIC or CVO. The bottled tea is made out of the Artemisia plants and been announced by the president of Madagascar Andry Rajoelina as prophylaxis, that prevents and cure people of the virus.

But the question is, did Madagascar had a medical breakthrough or we are witnessing the biggest placebo treatment in our era?

First, if you don’t know what is a placebo, here is what you will find in the Cambridge dictionary: “a substance given to someone who is told that it is a particular medicine, either to make that person feel as if they are getting better or to compare the effect of the particular medicine when given to others:
eg: She was only given a placebo, but she claimed she got better – that’s the placebo effect.”
However, no one yet proved for sure if Madagascar has the COVID-19 cure, or they are curing their people with a placebo treatment.
Nobody can tell yet, but their numbers are promising if we assumed their numbers were true, for a country with more than 26 million in population the number of cases recorded is 149 confirmed cases, 0 deaths and 99 people cured.
Is it the CVO magic or the placebo effect. We don’t know, but we know there is something to point out here. 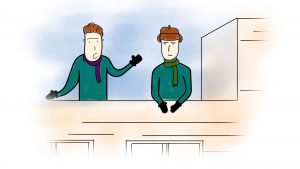 To invent robust cultures with a clear purpose and fulfilled tribes.